Disquisition on the Malady of the Mimic

From Caves of Qud Wiki
Jump to: navigation, search
Disquisition on the Malady of the Mimic 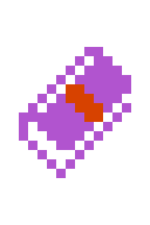 Disquisition on the Malady of the Mimic

An unadorned codex of goatskin vellum.

[ Disquisition on the Malady of the Mimic ]

I'd like to reproduce a perspective I recently shared with a friend, a lamplighter by trade and an artist too, who shied away from a typography tournament at the festival of Ut yara Ux because of a fear in her heart. She suffers from the malady of the mimic, the all too common sickness that makes us feel like we're performing our lives instead of inhabiting them, that we don't belong next to those who've won success nor do we deserve those same successes when we've won them ourselves. I've counted myself among its victims in the past, and occasionally I still do.

First, indulge me for short while. On a shelf in my workshop sits a simple contraption called a morphoscope. It's comprised of two parts: an armature of pliable aluminum wire and a rotary base. Its purpose is to communicate a three-dimensional form from a two-dimensional viewing plane. The armature can be contorted such that, when viewed in its still state, it looks like a jumbled mess of wire, but when viewed in rotation it assumes the familiar form of an object, such as a bird or urshiib countenance.

What's this have to do with the malady of the mimic? To answer that, we must deconstruct the malady. Let's ask: what is it to be a mimic, to appear as a thing but feel like another? Essentially it's a phenomenon of semantic distance, a sensation of the space between what we perceive in others and what we perceive about ourselves. We've constructed a representation of what, in the case of my friend, a proper artist and typographer looks like. Why do we have such trouble squaring that representation with our own image?

The answer lies in the richness of our self-perception. We see ourselves in stereo, our wire armature plied by our experiences, our self-image formed by rotating it about the axis of time. What we call 'artist' or 'typographer' is just a jumbled mess of wire, an unfamiliar pattern we give a name to in absence of the context of life's motion. Were we to see our peers in rotation, gain perspective on their doubts, their fears, their pain, the jumbled mess of a pattern would disappear into the familiar form of a person. And conversely, had we the capacity to freeze our own motion, to see ourselves absent of the context of our doubt, fear, and pain, we'd see an artist and a typographer just the same.

There's a fable about a mimic who seeks to belong but never does, whose ambition ultimately leads to a grisly fate. Its moral serves an ideological function: to keep us from belonging where we already do. So let me say to you now: belong, friend. We wait for you joyously.

The Mimic and the Madpole