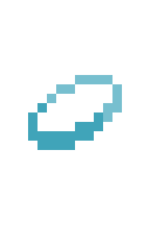 A force bracelet is a wrist-worn artifact which, when worn, powered, and activated, creates a 3x3 ring of

forcefield around the creature wearing the force bracelet, draining the energy cell placed in it.

Upon activation, the game displays the following message:
A force bubble pops into being around you!

This force bubble moves with the creature, similarly to the Force Bubble mutation. It will disappear when the creature or player wearing the force bracelet chooses to deactivate the bracelet or the energy cell powering the bracelet runs out of charge.

Upon the bubble disappearing, the game will display the following message:
The force bubble snaps off.

Maintaining the bubble requires a large amount of charge per round, quickly draining most energy cells.

A force bracelet is a guaranteed part of the starting equipment for True Kin consuls.