Slog of the Cloaca

From Caves of Qud Wiki
Jump to: navigation, search
Slog of the Cloaca 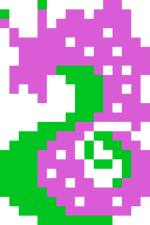 Slog of the Cloaca

The colossal slug known as Slog presides over its fetid domain of the Cloaca. It bathes its bloated, slimy body in moiling pools of dross, keeping itself moist and waiting for fresh prey to be churned into its lair. Whereas nature had the decency to end the body of the common slug in a muscular foot, Slog's tail is instead a sphincter-choked bilge hose that it uses to spew at its prey the filth of the Cloaca.

Perfect
This article looks like it has no description. You can write a bit about Slog of the Cloaca by editing it. Remove this template once a description is added.